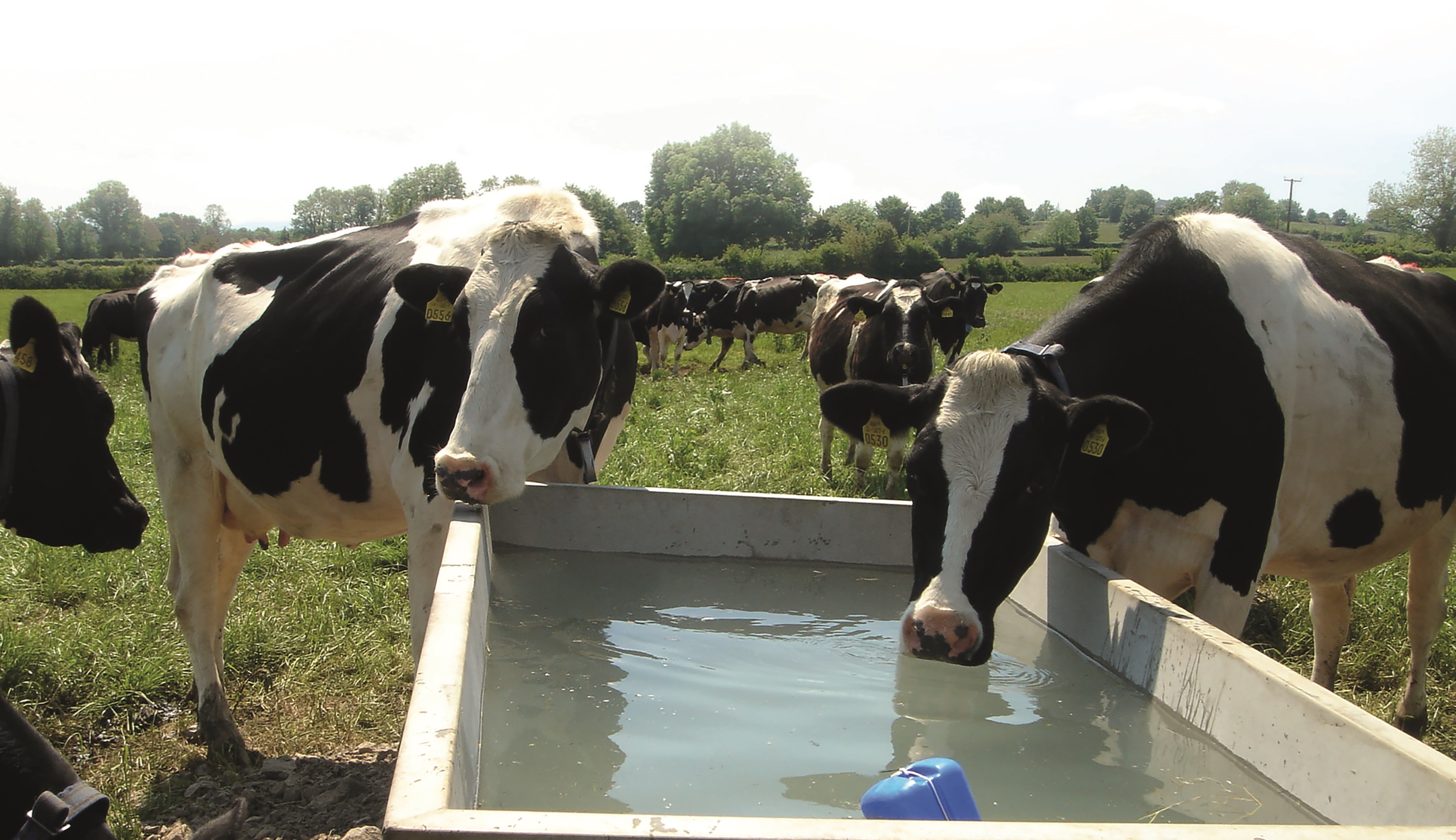 Are you water wise?

Whether this summer is a dry or wet one, livestock water supply is an important consideration and could be an area for improvement on many farms, as Luke James reports.

Water is a resource that is all too often taken for granted by livestock farmers operating in our temperate UK climate.

It’s generally plentiful, and sometimes (all too often in recent years) there’s too much of it, but it is nevertheless an input that needs valuing and managing if businesses are run at optimum efficiency.

For dairy farmers in particular, water can be a limiting factor on production if not supplied adequately. According to Andy Wynne of environmental consultancy Alltech E-CO2, it’s also a very variable cost for the considerable proportion of dairy farms reliant on mains water.

“Of over 4,700 dairy farms that we’ve carried out environmental assessments on since 2009, around 40% are relying on mains water and their average cost of water per litre of milk produced is over 0.5ppl,” he says. “This average is itself significant, but the variation in prices paid reveals that water will be costing some dairy farms well over 1ppl. From this same data set, we can see that only 15% of herds are collecting rainwater, so there is clearly an opportunity for some at least to do better with minimal investment.”

Alltech E-CO2 includes water footprinting alongside it’s carbon and cost of production assessment tools, or offers it as a stand-alone service where required. In the company’s own experience, having a focus on water can often deliver instant rewards.

Andy adds: “We know that a cow requires between five and seven litres of water to produce a litre of milk and that availability of a clean supply is an essential prerequisite of efficient production. We also know that water use varies massively on UK units, with the least water-efficient farms consuming three times more than the average. This again shows there are likely to be opportunities to do better, either by using water more efficiently or being sure that the right quality and quantity is always available.

The use of CowSignals appraisals as part of Alltech E-CO2 assessments have also highlighted that fundamentals like water quality can be limiting factors. This makes disciplines such as cleaning out troughs weekly, critical to herd performance.

Ideally, there needs to be enough trough space so that the herd can consume two thirds of its total daily consumption at one time. Cows can easily consume 100 litres per head per day.

Andy says it’s also important to be aware of peak rates of requirement. “Cows can drink 15 litres in 45 seconds, so design and layout of water supplies, in sheds and in grazing fields, is very important,” he says.

Peak demand is one of the most important criteria when designing a water supply system, according to Bertie Troy, managing director of Grasstec Group, who include consultancy on grazing infrastructure amongst their range of services.

“Cows will consume most of their water within 90 minutes of milking and this needs to be factored in if adequate supply is going to be maintained,” he says.

Using a formula derived from this understanding, Bertie calculates that a 150-cow herd, for example, will require a system capable of delivering 75 litres per minute, so pumping capacity and pipe sizing needs to be appropriate.

“It’s quite common to find situations where herd size has increased but the water infrastructure is lagging behind,” he says. “Half inch pipes may have been suitable for smaller herds in the past, but where cow numbers have increased it is quite possible water has become a limiting factor due to insufficient flow or pressure.”

One way to increase water flow without increasing pipe size is to convert to a loop system, as Bertie explains.

“With a loop system water flows in two directions at much slower velocity, reducing the friction. This has the effect of increasing the flow by 40-50% through the same pipe size and that will mean more consistent pressure and supply to grazing paddocks.

“In our experience, installing a loop doesn’t require a significantly greater length of pipe than a single line, so can be a very cost effective solution to an out-dated supply.”

Trough size and location is another key factor. These should never be placed on roadways, as this slows the movement of cows to and from paddocks.

“For herds of less than 300 cows, we recommend placing troughs along fence lines approximately one-third the way into the field; sharing troughs between fields in this way reduces overall costs.

“For larger herds, we recommend placing troughs in the middle of fields,” adds Bertie. From April 2017, changes to the way water is retailed allows farmers to shop-around for the most competitive supplier rather than being tied to a local monopoly supplier. This introduction of competition to the water market could allow farmers reliant on mains water to reduce their costs.

This article was originally published in Forager Magazine May 2017

If you are interested in talking to us about water utilisation and the impact to your business, please contact us on +44 (0) 1270 522645 or visit our Contact Us page